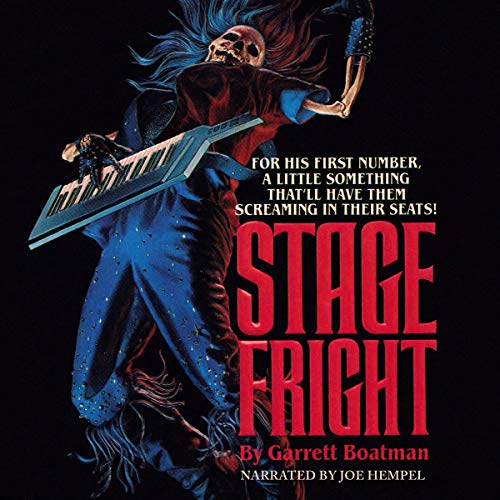 Take a front seat in the baddest nightmare in town. Superstar Izzy Stark has the power to make your dreams--and nightmares--come true. He's the master of disaster, the guru of gore, the doctor of doom, the duke of death and destruction--and you can't escape this command performance.
​
For those who've been asking where you can get a copy of Stage Fright
you'll be supporting a terrific small press if you order directly from Valancourt Books:
https://tinyurl.com/y6eloqky
Stage Fright is also available at Amazon
https://tinyurl.com/y28cjrln
and Barnes & Noble
https://tinyurl.com/yxtw2xhw
Available in paperback, Kindle and Audible.
Introduction by Will Errickson of Too Much Horror. Audible narrated by Joe Hempel.
​ 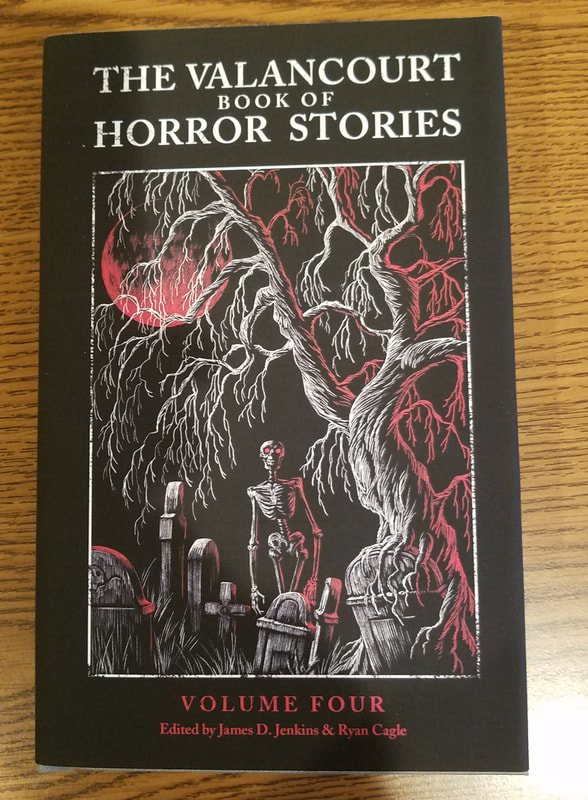 You'll find my Lovecratian nightmare
Rain
in the Valancourt Book of Horror, Vol. 4. This latest addition to the acclaimed series features 15 more great horror tales — all by Valancourt authors — from the 19th, 20th, and 21st centuries. This volume features five brand new stories that have never appeared elsewhere, two rare foreign stories translated to English for the first time, and eight more scarce and seldom-seen tales.
The stories in this volume will take you inside the vivid dreams of a woman who can kill in her sleep; to the set of a reality show where contestants may be transformed into specimens of beauty—or into freak show monsters; to a hotel where guests are besieged by a powerful hurricane—and by something even more terrible and deadly. You will read of the bizarre and macabre adventures of a man seeking a skeleton in 1960s London as a gift for his medical student cousin—and his quest's shocking outcome. You will learn how a simple grammar mistake can lead to a terrible and untimely end for a traveler in Venice.

A horror anthology like no other, Vol. 4 includes brand new stories by Elizabeth Engstrom, Steve Rasnic Tem, and yours truly!

My dark fantasy trilogy--Night's Plutonian Shore, The Clocks of Midnight, and The Mirror of Eternity--will be available in 2023. Yipi! This is going to be fun!

In a universe where the world and all we know is just the lowest plane of existence and horrors wait on the astral planes and in the angles of time to feast on the unwary traveler, it's up to a neophyte wizard and a fledgling sibyl to keep the cosmic wolves at bay.

​Tune in soon for more information.

My historical fantasy tale "The Witch's Lover" will appear in Penumbra Number 3 from Hippocampus Press. And my Viking S&S story "Ragnar's Bane" sold to Savage Realms published by Literary Rebel.